Agiant bat appears to have been caught by military personnel in the Philippines some time ago. This animal is probably some species of mega-bat, referred to as a golden-crowned flying fox. 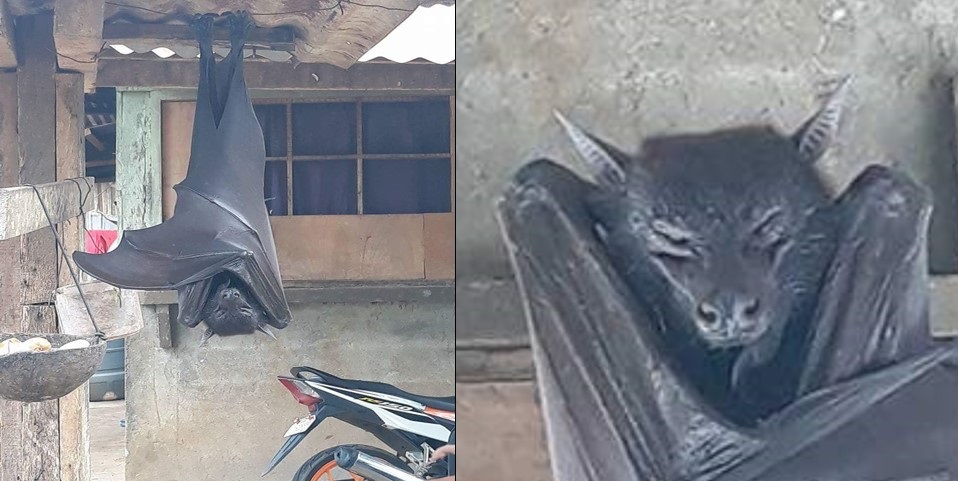 The flying fox is one of the largest bat species in the world, though, belonging to the family of mega-bats that are found in parts of Africa, India, Asia, and Oceania. do reach wingspans of 1.7 meters, their bodies are barely extending 30 centimetres in length.

Although these bats look very creepy, don\’t worry, there\’s nothing to fear, rather than sucking blood like a vampire, they are entirely vegetarian as their diet is made up of simply nectar and fruit.