Due to the lack of funding caused by the pandemic, archaeologists will have to bury an Aztec tunnel in order to protect it.

In Mexico, archaeologists from the National Institute of Anthropology and History (INAH) will be forced to take a non-trivial step and bury an ancient Aztec tunnel discovered and excavated in 2019 in the capital of Tenochtitlan. We are talking about the tunnel of the Albarradon de Ecatepec system, which is a complex and unique synthesis of the various cultures that created it over the centuries.

Why should archaeologists bury an old Aztec tunnel in Tenochtitlan?

1. The structure itself is part of a powerful defensive structure that was designed to protect Tenochtitlan from flooding. It was a complex system of many dams, tunnels, and canals.

2. One of these tunnels was discovered in 2019 and there were plans for it to become an open exhibition. Visitors would be given a unique opportunity to see a mix of different cultures.

3. The fact is that this was an Aztec tunnel built in the pre-Hispanic period. However, in the 1600s, numerous floods engulfed early colonial Mexico City. And then the Spaniards decided to overhaul the Albarradon de Ecatepec and other similar flood protection systems. 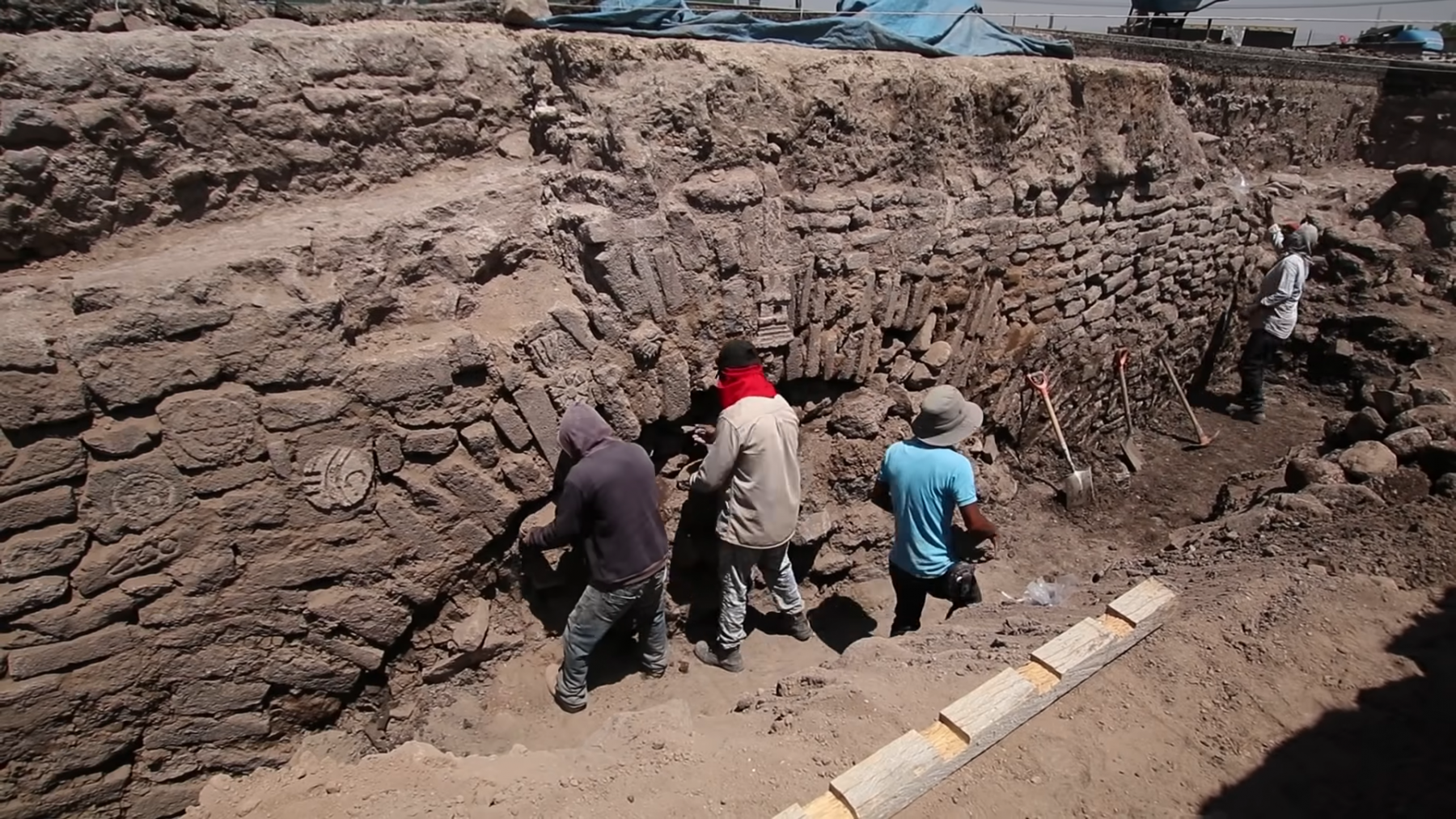 4. The site is now an unusual, centuries-old fusion of Aztec and Spanish cultural elements. However, researchers from INAH announced that due to lack of funding to properly construct the planned exhibition and protect it from “black archaeologists” and marauders, the newly discovered historic section of the Aztec tunnel will have to be buried again.

5. Archaeologists say that special masonry will be erected to protect cultural elements. They hope to re-excavate the site when the opportunity arises.

6. According to the descriptions, the object is a small tunnel gate with a length of only 8.4 meters. In fact, it was just a tiny part of a colossal system that was built over the centuries by the hands of thousands of local residents and stretched for a total of four kilometers.

7. In the tunnel itself, the researchers managed to carry out only a preliminary analysis. He helped discover several pre-Hispanic glyphs – embossed symbols carved into the walls. In total, 11 such symbols have been documented so far, including images of a military shield, the head of a bird of prey, and raindrops. 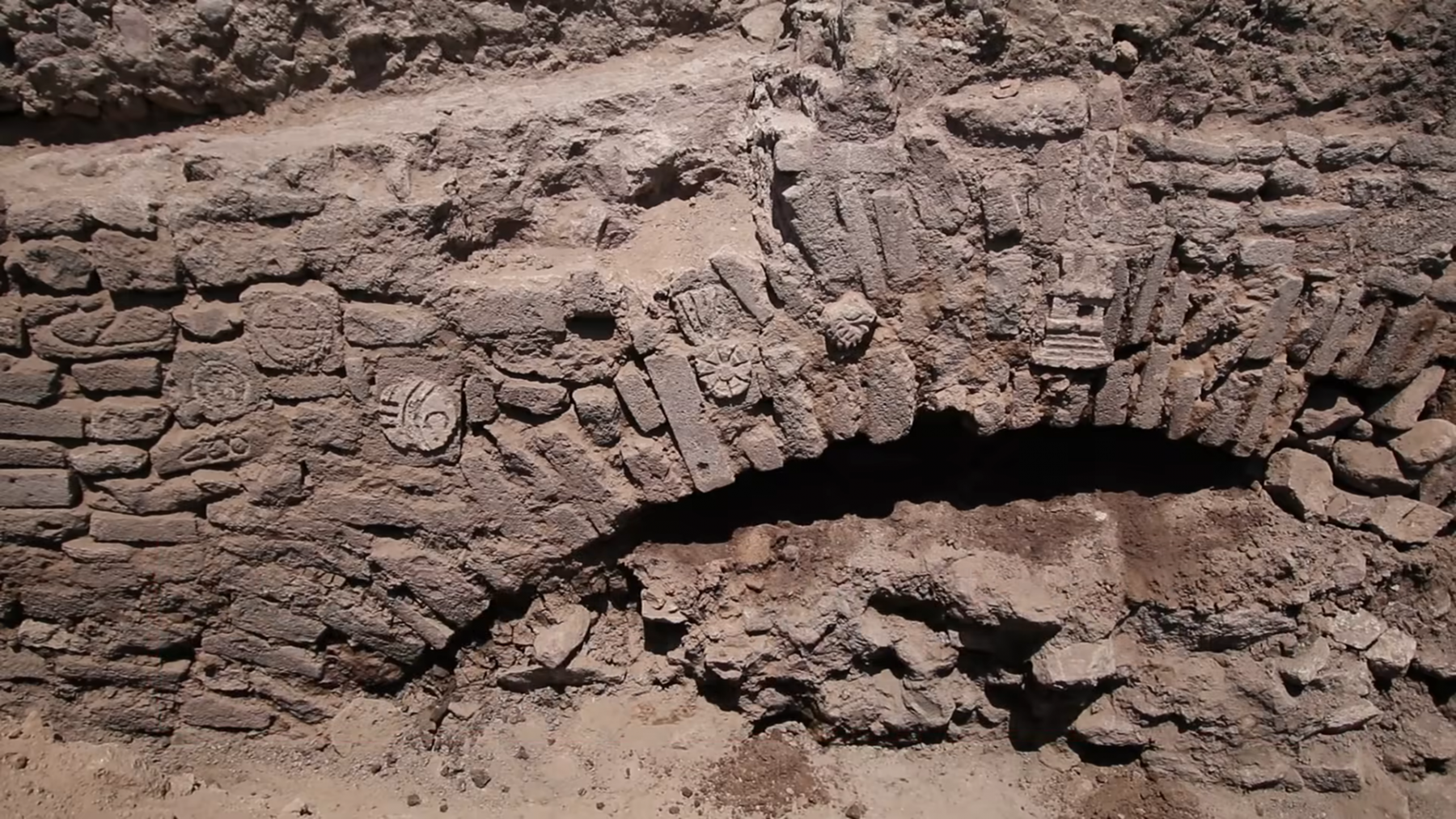 8. Scientists believe that these symbols could literally be embedded in the Aztec tunnel walls by the indigenous people of the nearby cities of Ecatepec and Chiconautla, who helped the Aztecs build Albarradon de Ecatepec.

9. Although the dam is adorned with pre-Hispanic iconography, its overall architecture, which has survived to this day, points to the immense influence of the Spaniards.

10. It is likely that some parts of the gigantic system were rebuilt drastically during the early colonial period, although scholars note that noticeable pre-Hispanic features such as semicircular arches are visible in the Spanish style. The tunnel itself was built of hewn stone, fastened with lime and sand mortars.