Archaeologists rarely discover tools of this type and every time they do, they change the general perception about Aboriginal people and their way of life.

Archaeologists have discovered bone tools that are more than 35 thousand years old in Australia. Excavations were held in the Riwi Cave, located in the Kimberley region which is famous for its prehistoric artifacts.

It is reported that eight bone tools were found during the survey of the Riwi Cave, located in the so-called Mimbi Caves – the historical possessions of the indigenous people of the same name, with the consent of which the scientists conducted the survey.

Dating has shown that the age of the new finds exceeds 35,000 years old. This alone makes these instruments one of the oldest ever discovered on this continent.

According to scientists, at least four of the artifacts can be considered the oldest in Australia. They were located in cultural layers, whose age ranges from 35 to 46 thousand years. This means that researchers are not yet sure how old the tools are but their age ranges between these figures.

As for the type and functionality of artifacts, these tools were probably used for various types of labor, from processing plants to hunting.

According to co-author of the study, Professor Sue O’Connor, until now it was believed that bone tools and weapons in the specified prehistoric time period were used only by peoples inhabiting the colder southern regions of Australia and Tasmania. Moreover, they were used mainly for processing leather in the manufacture of clothing. 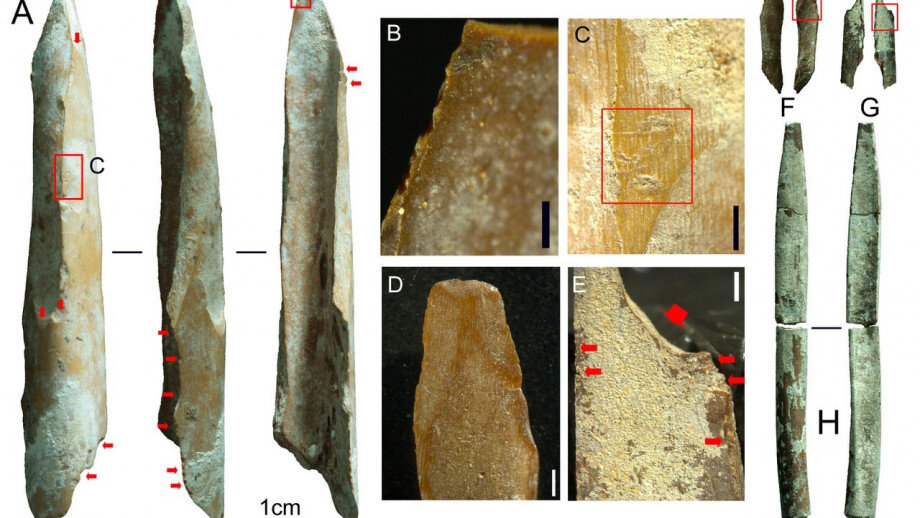 New ideas about the purposes of bone tools

However, the find changes the ideas of scientists about the purpose of such tools. In the arid region of Kimberley, Aboriginal people did not make leather clothing for themselves, as they did not need protection from the cold. Consequently, they needed the tools for other purposes.

According to the lead author of the work, Dr. Michelle Langley of Griffith University, the discovery proves that various types of bone tools were in the toolbox of A̳n̳c̳i̳e̳n̳t̳ people.

The finds also correct the previous beliefs that such tools came to use much later in history. Now, archaeologists are certain that they were always made and had a variety of purposes.

The type of some of them indicates that they were intended for processing plant fibers and leather, in particular, they may have been used to make baskets. Other bone tools were probably used as a primitive shovel or hoe. With their help, it was possible to dig the ground. Another tool contains traces of A̳n̳c̳i̳e̳n̳t̳ resin. Perhaps it was needed for the extraction of resin or its processing.

Scientists note that the prehistoric inhabitants of Australia quite actively used resin in the manufacture of their tools and weapons for hunting. For example, a sharp bone tip could be attached to the shaft using resin.

The Mimbi Caves are a popular tourist location in the region and such discoveries help locals not only with popularization but also with the history they present to tourists. The Riwi Cave, however, is not a place that is open to the public. This is a location used by only members of the Mimbi community and occasionally, archaeologists.