Scientists suggest that the studied individual could have originated from the local population of hunter-gatherers, which existed in Sulawesi before the settlement of Sahul by the ancestors of the Papuans, Australian and Tasmanian aborigines, that is, at least 50 thousand years ago.

Paleogeneticists isolated DNA from the remains of a young woman who died in South Sulawesi about 7.3-7.2 thousand years ago and found that her genome contains fewer genes from Denisovans than most modern Australian Aborigines and Papuans. In addition, it belongs to a previously undescribed population of hunter-gatherers, whose ancestors may have come to Sulawesi before the Papuans, Australian, and Tasmanian aborigines.

The settlement of Indonesia, Australia, and Oceania

The settlement of Indonesia, Australia, and Oceania remains an extremely controversial topic in science. This is primarily due to the small amount of archaeological material, as well as the extremely poor preservation of fossil remains due to the climate and natural conditions, which, in particular, does not preserve DNA in A̳n̳c̳i̳e̳n̳t̳ bones, limiting paleogenetic studies. However, the prevailing opinion is that the penetration of the first populations of Homo sapiens from Southeast Asia to Indonesia and Australia occurred about 50 thousand years ago.

Genetic studies of the past ten years have shown that many populations in Australia, Oceania, and Southeast Asia were influenced by the interbreeding of their ancestors with Denisovans. Up to seven percent of an admixture from this archaic population is contained in the genomes of the island population of Southeast Asia and Oceania, among the indigenous people of Australia and some peoples of mainland Asia. 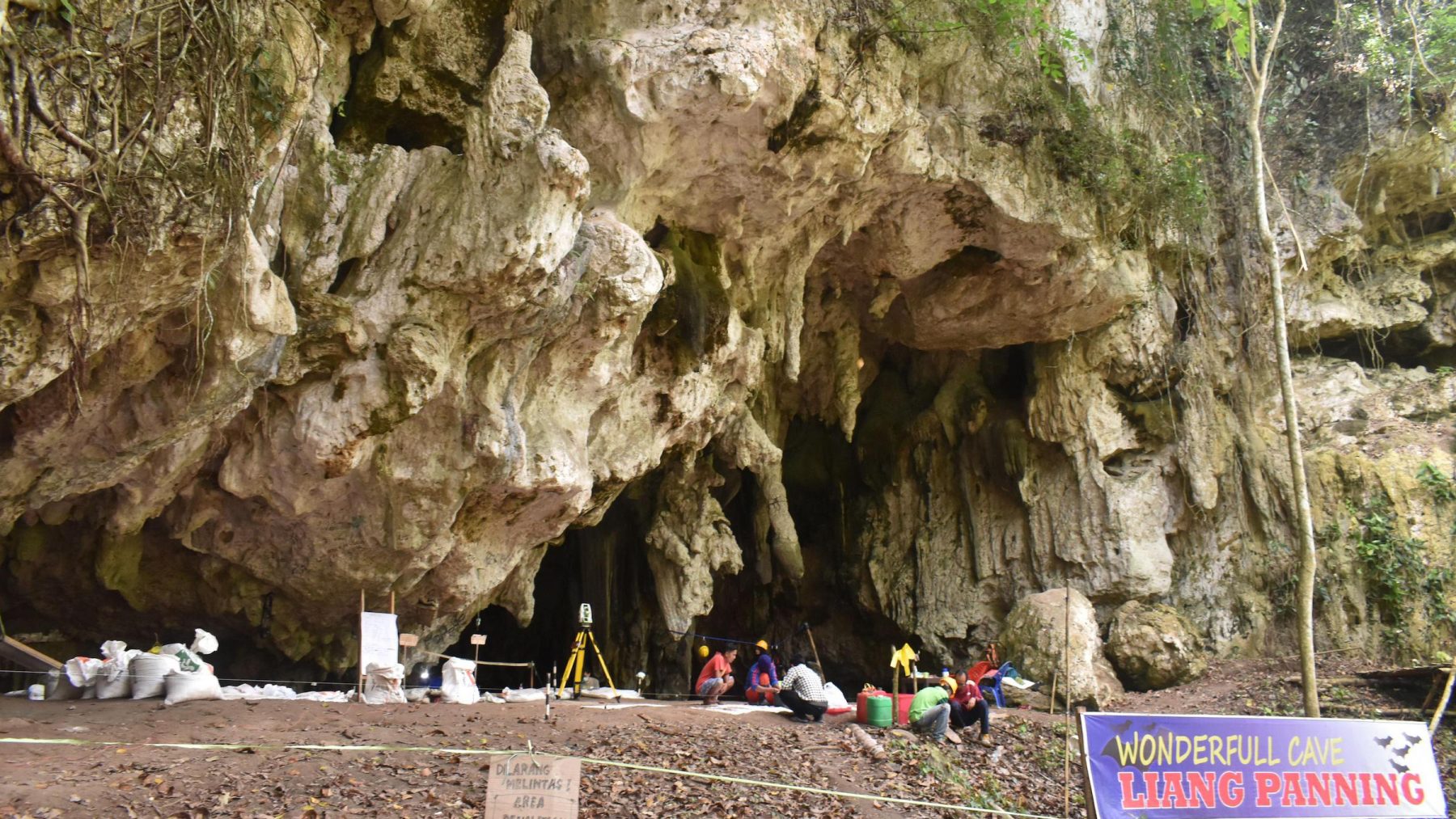 Moreover, American researchers have found that a number of peoples carry an admixture of two populations of Denisovans – the Altai and the unknown second. The leader in this were the Philippine Negritos, whose share exceeds Denisovskoe genes similar to Papuans and indigenous Australians in the 34-40 percent.

Selina Carlhoff from the Max Planck Institute for Human History, together with scientists from Australia, Germany, Indonesia, Malaysia, and South Korea, conducted a genetic study of the remains of a young woman 17-18 years old who died about 7.3-7.2 thousand years ago in South Sulawesi.

The studied remains were discovered during excavations at Panninge Cave in 2015 and turned out to be the first relatively complete burial belonging to the Tolian culture. The woman was buried in a bent position at a depth of about 190 centimeters.

Geneticists were able to extract A̳n̳c̳i̳e̳n̳t̳ DNA from bone powder obtained from part of the temporal bone. Comparing the obtained genome with previously published sequences of A̳n̳c̳i̳e̳n̳t̳ people from Eastern Eurasia and the current inhabitants of East, Southeast Asia, and Oceania, scientists found that it does not group with either modern or archaic people.

Although it is located between the Australian aborigines and the Onge (one from indigenous Andaman peoples), the new human shares the greatest genetic drift with the populations of Oceania.

Geneticists found that the Panninge woman had fewer Denisovan genes (2.2 ± 0.5 percent) than most Indigenous Australians and Papuans. However, the previously obtained genomes of two A̳n̳c̳i̳e̳n̳t̳ Lao inhabitants carried less Denisovan admixture, suggesting that the ancestors of hunter-gatherers from Wallessia were introgressed by archaic hominids. Neanderthal alleles were found to be similar to other known non-African populations. 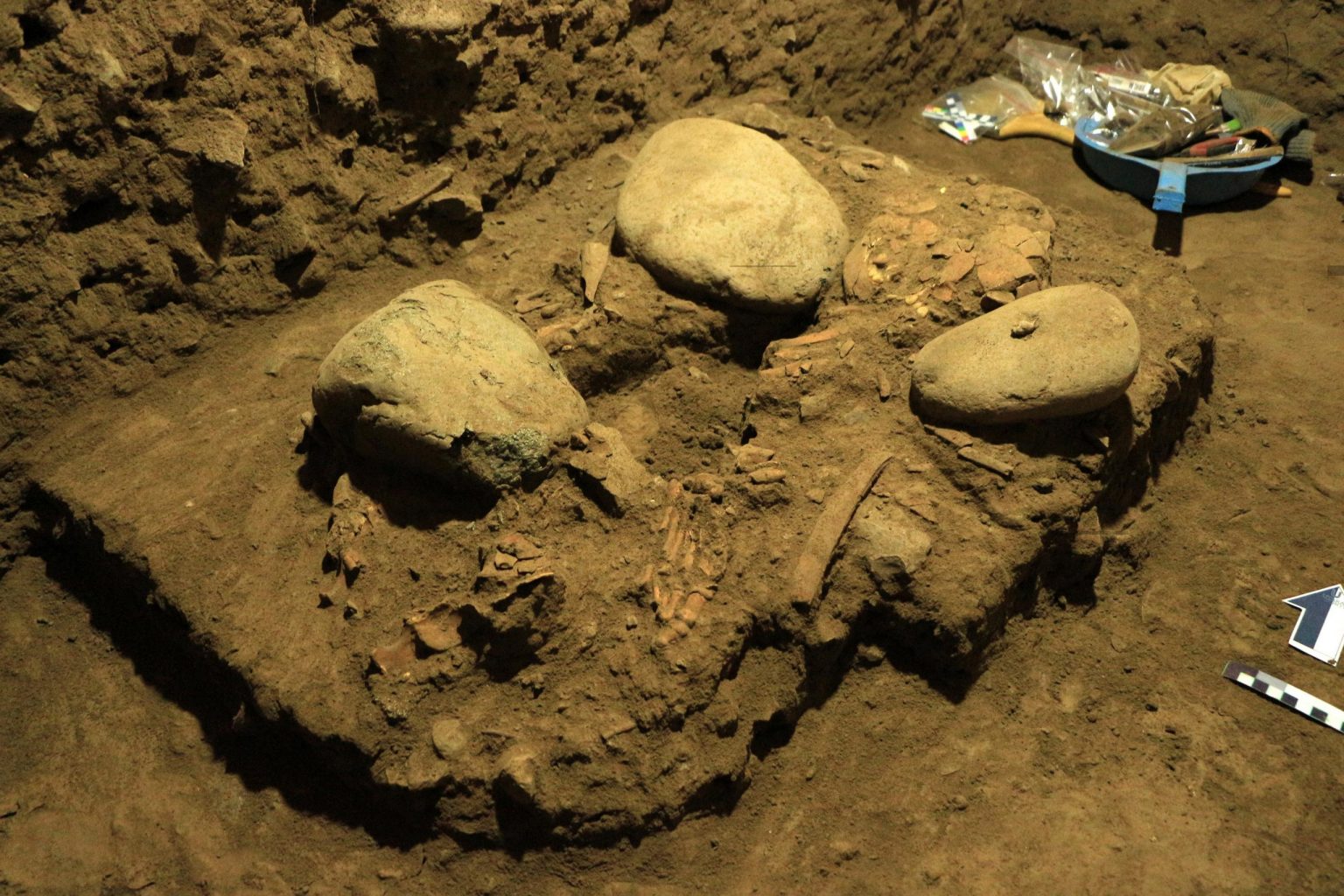 The results of the study showed that the new human genome belongs to a previously undescribed population, whose ancestors split from related lineages associated with the Onge and the Hao Binh culture, around the same time that the Papuan and Australian Aboriginal groups split.

Scientists suggest that the studied individual could have originated from the local population of hunter-gatherers, which existed in Sulawesi before the settlement of Sahul by the ancestors of the Papuans, Australian and Tasmanian aborigines, that is, at least 50 thousand years ago.