The following video was recorded in a suburb of Atlanta Georgia at around 3pm on August 22, 2015 and it shows a shift shaping unidentified flying object. 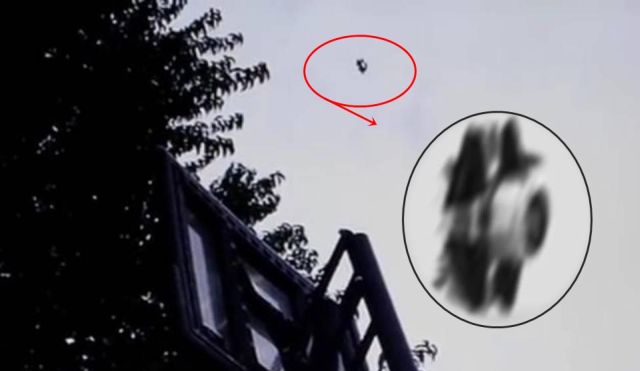 It seems according to a 9-year-old boy that a UFO had been following him for weeks. The boy told the strange story to his parents but they were skeptical.

On August 22 the craft appears again and the boy managed to record the object with a phone of his parents.

After showing the video to his parents, they believe a UFO is stalking their 9-year-old son and they contacted the local police who’ve been unable to locate anything thus far.

Although many have speculated that the UFO is a drone and not extraterrestrial in origin, a self-described “expert” commented on the video that the UFO was alien and stalking the child to abduct him, the Mirror reported.

Astrobiologist: “Surely we will meet humans from other worlds” How Can Aliens Discover Intelligent Life on Earth?