A mystery rocket has crashed into the moon creating two large craters. NASA astronomers are baffled, they don’t know where the rocket came from and why the impact was spread over two distinct areas. 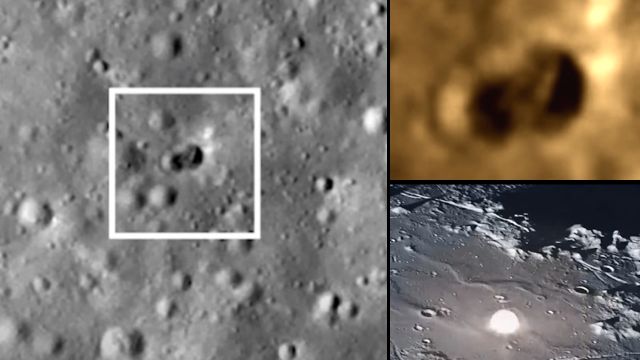 The astronomers discovered a rocket body heading toward a lunar collision late last year. The impact occurred on March 4, 2022 with NASA’s Lunar Reconnaissance Orbiter later spotting the resulting crater. Surprisingly the crater is actually two craters, an eastern crater (18-meter diameter, about 19.5 yards) superimposed on a western crater (16-meter diameter, about 17.5 yards).
The double crater was unexpected and may indicate that the rocket body had large masses at each end. Typically a spent rocket has mass concentrated at the motor end; the rest of the rocket stage mainly consists of an empty fuel tank.
No other rocket body impacts on the Moon created double craters. The four Apollo SIV-B craters were somewhat irregular in outline (Apollos 13, 14, 15, 17) and were substantially larger (greater than 35 meters, about 38 yards) than each of the double craters. The maximum width (29 meters, about 31.7 yards) of the double crater of the mystery rocket body was near that of the S-IVBs. 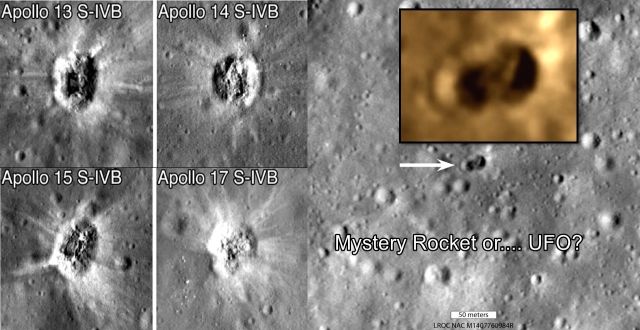 That means it wasn’t an average rocket, NASA reported in a June 24 news release.
The origin of the rocket body remains uncertain and so far, none of Earth’s space exploring nations have taken credit or blame for the crash.
Since they cannot identify the object means it was an Unidentified Flying Object, but NASA will never admit that it was a UFO that crashed on the moon.
Post Views: 88
Tags: Mysterious rocket crash on moon baffles scientists or was it a UFO?