Almost everybody knows that feeling of awe attained from gazing into a clear night’s sky. Dwarfed by the vastness of the space, the immense magnitude of the number of stars, the number of planets orbiting those stars.

For some, it’s a way of attaining a sense of peace or perspective. But for one scientist it posed a pretty big puzzle: “Where is everybody?”

These were the words of Italian-American physicist Enrico Fermi, as he posed his eponymous paradox. The sheer size of the universe – the billions of galaxies, trillions of stars – mean that the probability of intelligent life emerging seems to be fairly high.

Even if the conditions of life are exceedingly specific, the astronomical scale of the universe makes it likely those conditions will be met. And yet we have a startling lack of evidence for other life.

This mind-bending anomaly has perplexed physicists and star-gazers alike since Fermi posed it in 1950. There are solutions to Fermi’s paradox, but they often pose as many questions as they proclaim to resolve.

“I’m sure the universe is full of intelligent life. It’s just been too intelligent to come here,” said the sci-fi writer Arthur C. Clarke. One solution to the Fermi Paradox is that life is out there – it just chooses not to make itself known.

Clarke’s position was that the human race’s bloodthirsty and confrontational history would be off-putting enough for a species capable of advanced space travel.

Under this argument, any species advanced enough for interstellar travel would simultaneously have transcended an uncivilised history and look down on Earthlings as unworthy of contact. 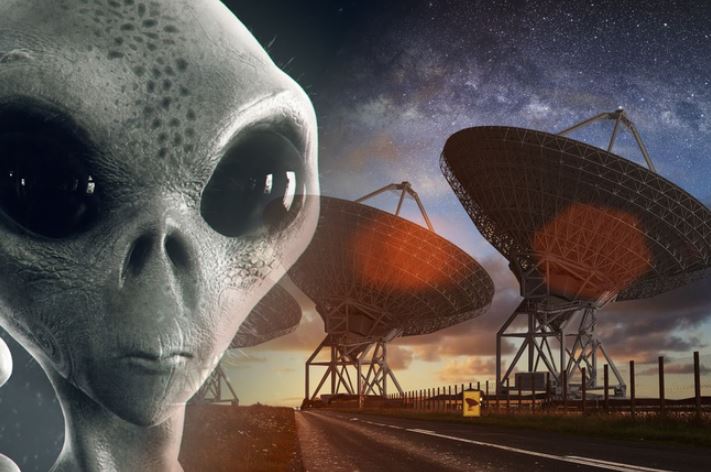 Another common solution to Fermi’s puzzler is that we simply haven’t been around long enough. If we can’t expect aliens to have visited us, we might at least be hoping for a message, yet the radio telescope – which receives astronomical radio waves – was only invented in 1937.

This argument takes the astronomical numbers which form the base of Fermi’s paradox and introduces a very small number to even things out: the timescale of human existence up against the grand old age of the universe.

In addition to this, any signals would take thousands of years to cross the universe – maybe the message is on its way but not yet delivered. One tick on WhatsApp, waiting to turn blue.

Two related solutions which strike an eerier tone are the zoo hypothesis and the planetarium hypothesis. The first proposes that advanced species may be well aware of our presence on earth but refrain from making any contact so as not to interfere with humanity’s development. At best, that makes alien species our benevolent zookeepers.

Worse is the planetarium hypothesis which posits that the universe as we know it is merely a simulation, developed by a species capable of manipulating perception and matter on such a scale.

This Cartesian suggestion can’t be countered by anything we can observe – our objective reality is under question, all our beliefs subject to doubt.

When Fermi proposed his paradox in the ‘50s he couldn’t have predicted the rapid rise of cyberspace that came with the internet age. This virtual realm, that for many seems to hold as much fascination as the disappearing edge of outer space, is where Futurist John Smart sought a solution to Fermi’s Paradox.

His “transcension hypothesis” suggests that the evolutionary trajectory of all species will ultimately divert their attention from physical exploration as they transcend space-time in favour of virtual worlds.

Outer space, which has held a magical draw to every culture since humanity’s dawn will cease to be an object of infinite mystery to man. Instead, sufficiently advanced species will delve into “inner space”.

Smart’s hypothesis has an irresistible lure, the suggestion that our own consciousness could be the final destination.

In some ways, Fermi’s paradox provides us with an explanation for the awe inspired by a clear dark night – the infinite potential for life embodied in the vastness of space. And it’s a compelling case for life being out there somewhere, somehow.

Unfortunately, up until now we’ve got no evidence for it, but if John Smart’s Futurist projections are right this may not matter all that much. Perhaps cyberspace is the true final frontier.