UFOs are not a new phenomenon at all. As soon as mankind began to describe the events, we can see that someone was visiting us.

During a scheduled execution in Tasunokuchi, Kamakura, Japan, a UFO appeared and scared off the populace. According to reports, “There appeared in the sky an object like a full moon, shiny and bright.” The intended victim who was to be beheaded, a well-known priest named Nichiren, was spared.

William of Newburgh’s Chronicle in Yorkshire, England contains this description: “The abbot and monks were at a meal, when a flat, round, shining, silvery object flew over the abbey and caused the utmost terror.”

The entire population of the village of Angkor Wat mysteriously vanished. Large airships were seen in the area.

Strange lights were seen circling over Constantinople the night before the Turks conquered it. Some of the lights flew straight up at high speed and then split into many smaller lights. 12

Five “stars” appeared over Japan. They circled the moon, changed colors three times, then disappeared. The citizens of Kyoto, Japan, were so distressed by this event that they ran and hid, expecting the arrival of horrible disasters.

The French Duke of Bourgogne wrote in his memoirs that “an object appeared in the sky over France on the night of November 1, 1461. It was as long and wide as a half moon; it hung stationary for about a quarter of an hour, clearly visible, then suddenly É spiraled, twisted and turned like a spring and rose into the heavens.” 13

A large object making a “sound like a wheel” flies out of Mt. Kasuga. None of the citizens had seen anything like it before.

A large “comet” is reported flying over Arabia. The comet is reported as having numerous windows on it. 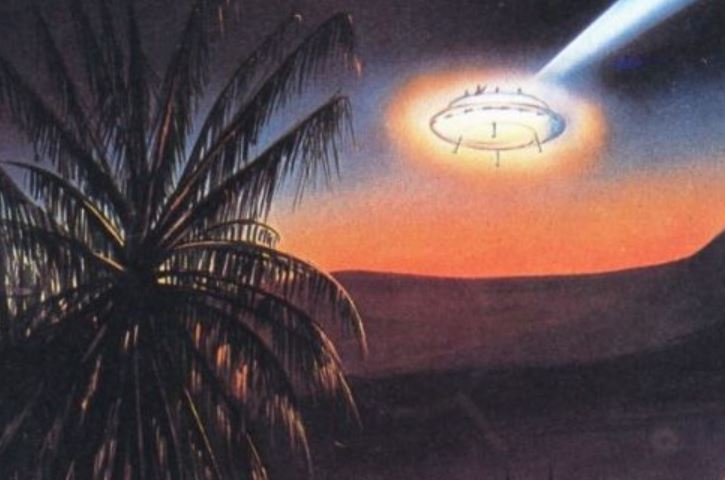 From the personal log of Christopher Columbus, during his famous voyage, comes this entry:

“And on this night, at the beginning of it, they saw fall from the sky a marvelous branch of fire into the sea at a distance of four to five leagues from them.” 39

In Basil, Switzerland, a large number of black spheres were flying all over the sky. They appeared to be fighting one another. This battle was witnessed by hundreds, if not thousands, of people.

In describing this activity, a newspaper article written by Samuel Coccius said, “Many became fiery and red, ending by being consumed and vanishing.”

Over two hundred large cylinders, globes, and “spinning disks” flew over the skies of Nuremberg, Germany. People also reported seeing red, black, and orange globes, as well as “smoking spheres” coming out of the cylinders in the sky.

In Manila, Philippines, a soldier completely vanishes. The next day he reappeared in Mexico City! The man was able to completely describe the previous day’s news from the Philippines. (Remember, there were no airplanes, no radio, no television).

Large numbers of “spinning fireballs” are reported over Kyoto, Japan. A “whirling, red wheel” hovered over the Nijo Castle. The Samurai guards were put on alert.

A ball of light was seen by the citizens of Robozero, Russia, in the middle of a cloudless day. The ball was brighter than the sun. 19

A large ball flies across the sky in Leipzig, Germany and two smaller, glowing balls come out of it. 20

In Sheffield, England, Thomas Short described the following: “A dark red cloud, below which was a luminous body which emitted intense beams of light. The light beams moved slowly for awhile, then stopped.

Suddenly, it became so hot that I could take off my shirt even though I was out of doors.” Note: this event occurred in the middle of December.

A similar object appeared on the same day over Romania. Old manuscripts described it like this: “There appeared in the West, a great sign in the sky, blood-red and very large. It stayed in place for two hours, separated into two parts which then rejoined, and the object disappeared towards the west. 22 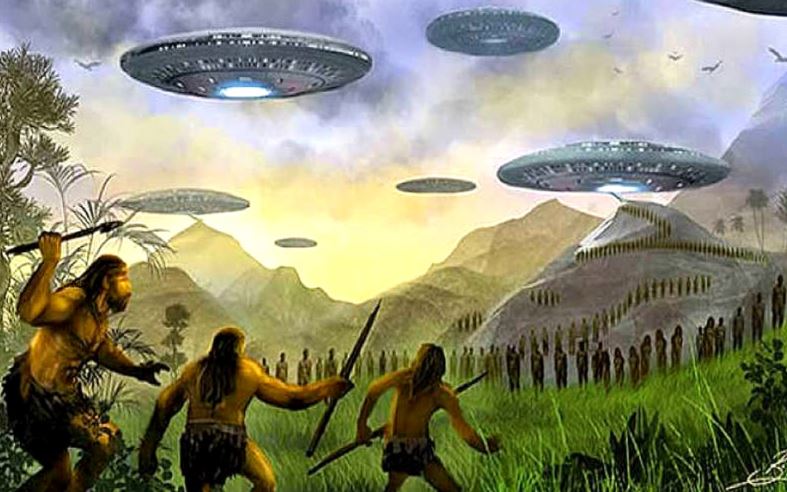 Three globes “like the moon” appeared over Japan. People were so frightened that riots broke out. To try and calm things down, the government ordered anybody rioting “because of the globes” to be executed. Later “three moons” appeared. Days after that, “two suns” appeared. 23

In Sweden, three objects “like the moon” appeared in the sky and stayed for four days, then vanished never to be seen again.

In another incident that same year, a luminous globe appeared at night and projected beams of light out of it.

These seemingly minor incidents are quite remarkable because there was nothing in the skies in 1766 that could project a beam of light, except sunbeams coming through clouds. Artifacts found in Mexico may support the paleocontact theory They will explore Venus using a manta ray inspired spacecraft