On January 1, 2021 the SDO observatory captured a huge anomaly that suddenly appeared next to the Sun, but something strange happened. 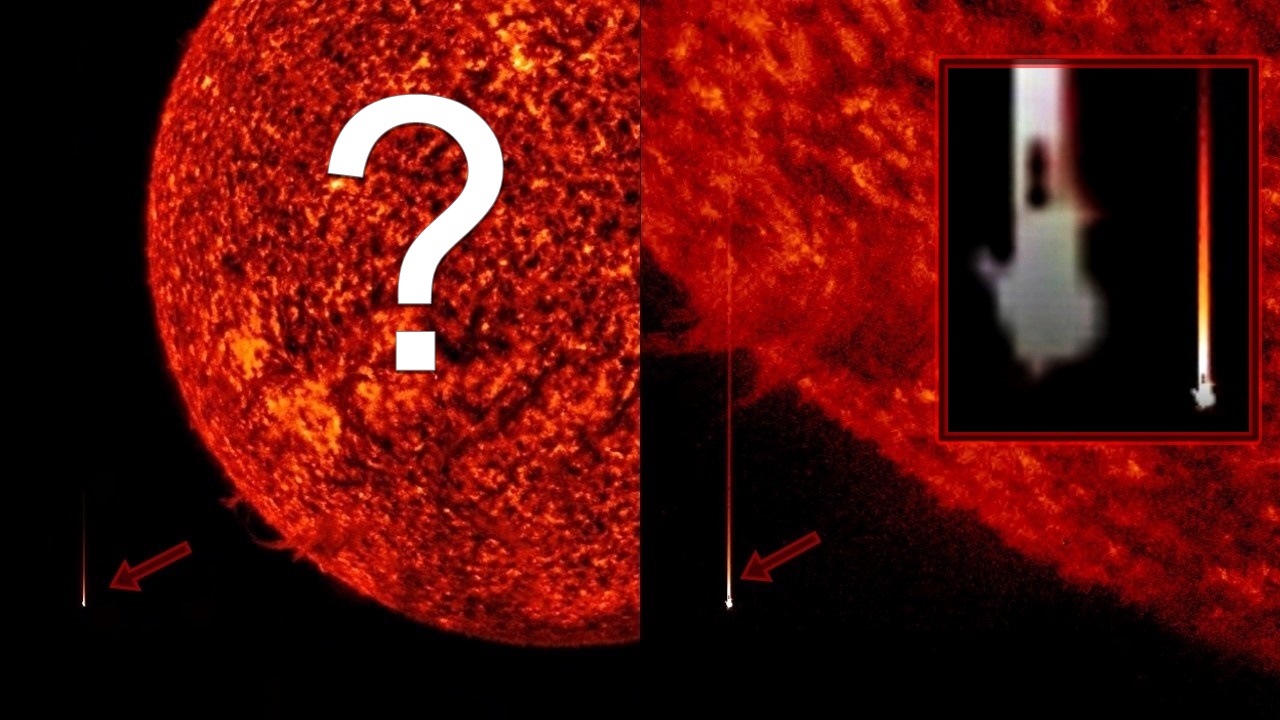 The Helioviewer shows the anomaly like it is coming out of the sun but when downloading the video it shows that the anomaly is much further away in space when it flies past the sun within a split second.

NASA and other scientific organizations claim that anomalies and U̳F̳O̳s near the sun are merely a collection of streaks left by cosmic rays, charged particles from space, which whizzed through the camera\’s sensor, or CCD, as the images were taken.

However, looking at this gigantic object it seems as if it has a fixed design. So what is it, a streak left by cosmic rays, charged particles from space or a giant U̳F̳O̳?

And what about the different images of the Helioviewer showing this object (same date and time stamp) close to the sun as well as further away in space. There is an explanation for it?