Elon Musk has warned the world about the dangers of artificial intelligence on several occasions in the past.

Elon Musk’s vision for the future sometimes goes beyond the capabilities of modern technology. Tesla’s founder and CEO is known for his grand promises and massive prototype reveals that often do not see the light of day. His latest ambition, however, could push our reality much closer to the realms of science fiction – a humanoid robot designed to eliminate simple tasks that are unsafe or boring from our daily or working environments.

Everything you need to know about Tesla’s humanoid robot

Elon Musk took the stage during his company’s AI Day event and revealed the concept of the “Tesla Bot”. The height of the humanoid robot will be 5 ft. 8 in. which translates to about 173 centimeters. In turn, its weight will be 125 pounds or approximately 57 kilograms.

Dedicated sci-fi fans will obviously have a thing or two to say about a human-sized robot and all the potential dangers of such technology. Elon Musk, however, revealed that the robot will be designed in such a way that it cannot match the physical capabilities of a human being. 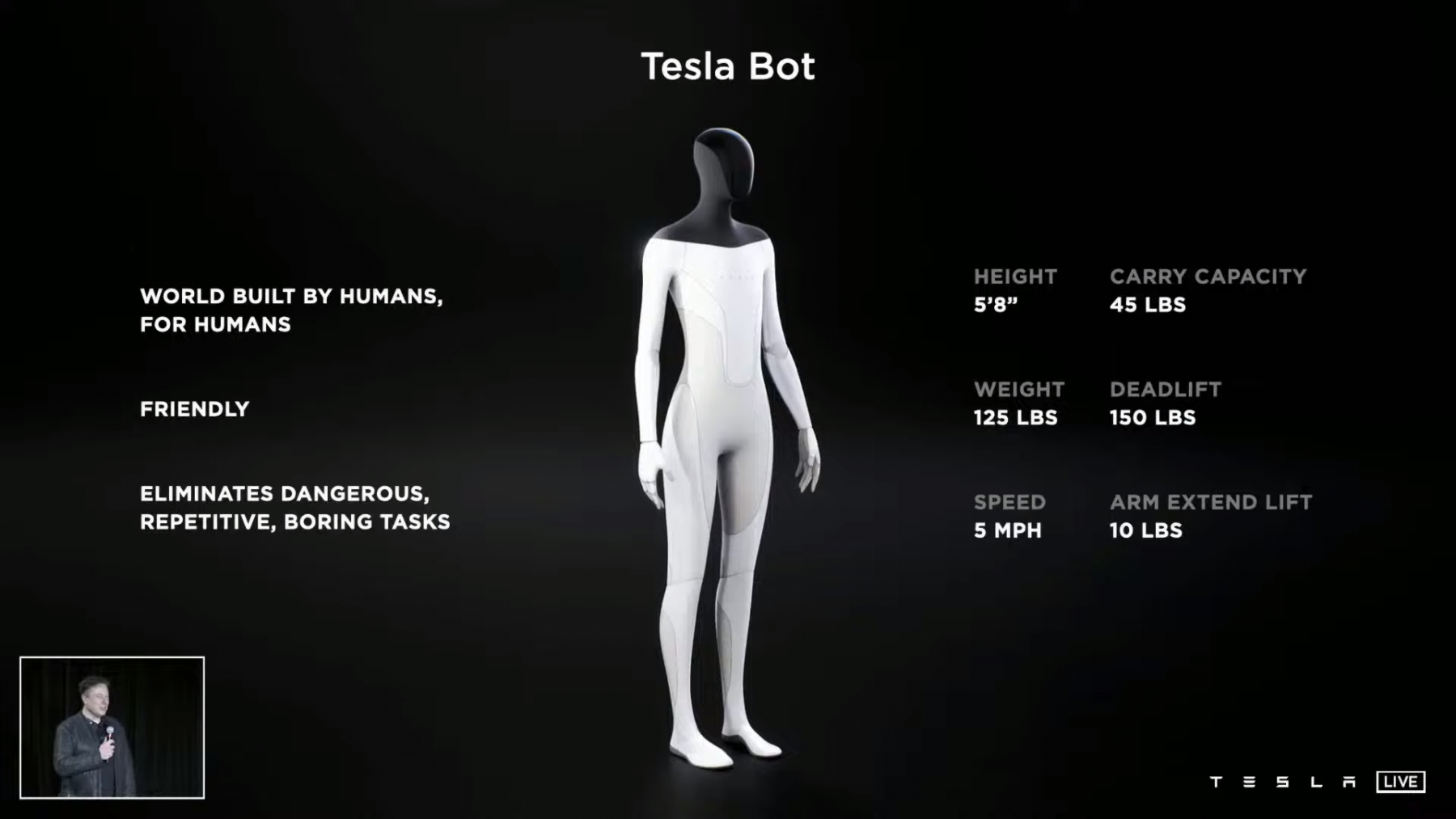 Musk has been one of the most dedicated supporters of the idea that artificial intelligence might one day become so advanced that it could take control over our world. He has expressed his opinion about the dangers and how we can prevent this from happening. At the same time, he has taken it upon himself to be the first to create a real humanoid robot.

Now that we know the size of the humanoid robot, let’s see how strong it will be. According to Musk, the Tesla Bot should be able to deadlift 150 pounds while its carrying maximum will be 45 pounds. 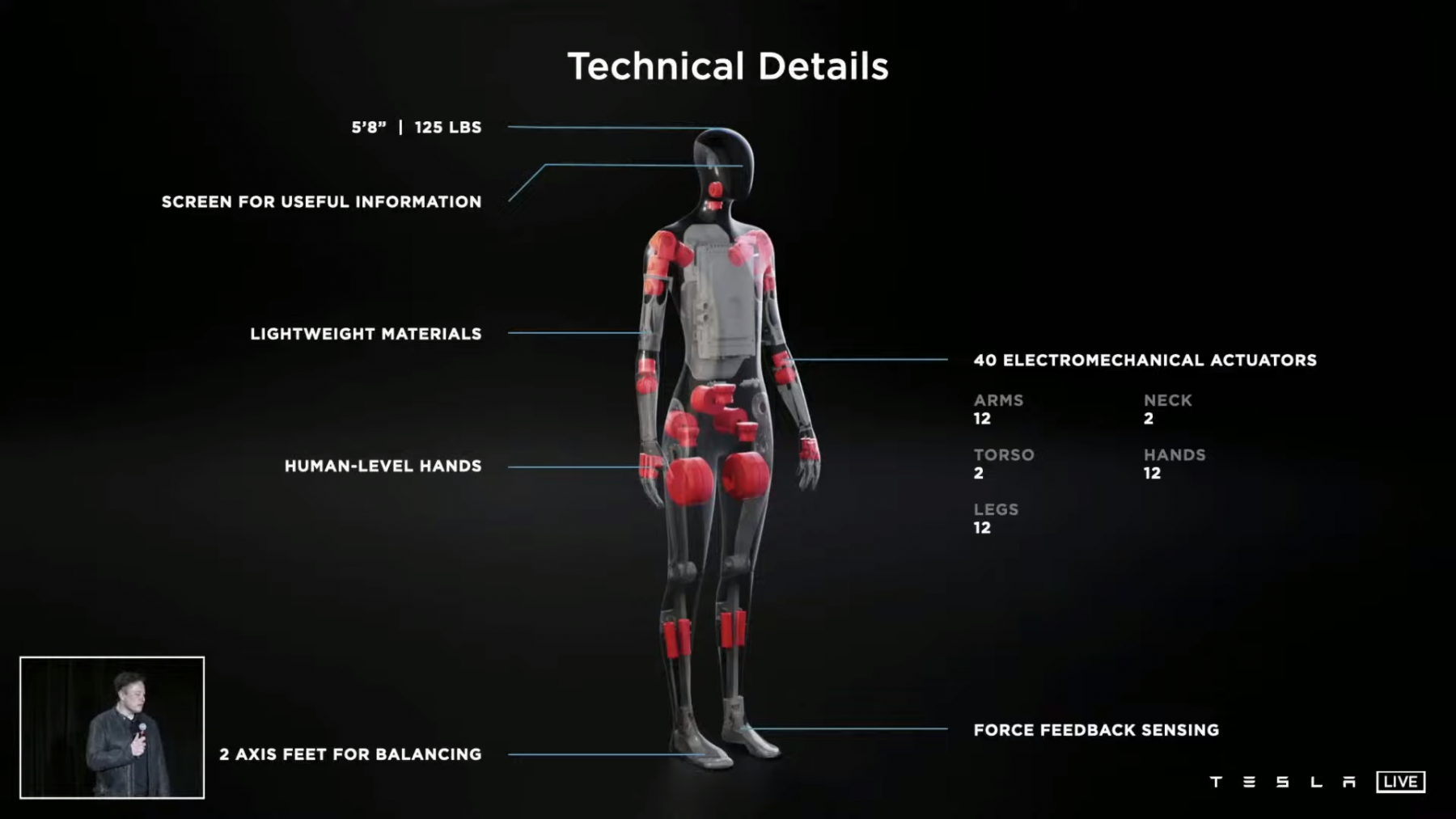 As you can see, the humanoid robot will not have some extreme physical capabilities when it comes to strength. In turn, it will also be moving rather slow. Musk revealed that its maximum speed should be about 5 miles per hour. In other words, you should be able to either overpower or outrun the robot in case of an emergency.

Musk revealed that the Tesla Bot will use the same autopilot software that is used in Tesla’s cars. This means that it will be equipped with cameras that will scan the surroundings and transfer information to the neural network.

According to Musk, the humanoid robot will be able to perform simple, repetitive, boring, or dangerous tasks. For example, imagine the simple annoying chores at home or simple tasks that we often neglect. In turn, businesses could use the robots for work in factories, for example, in the cases when there are dangerous tasks that should not be performed by humans. 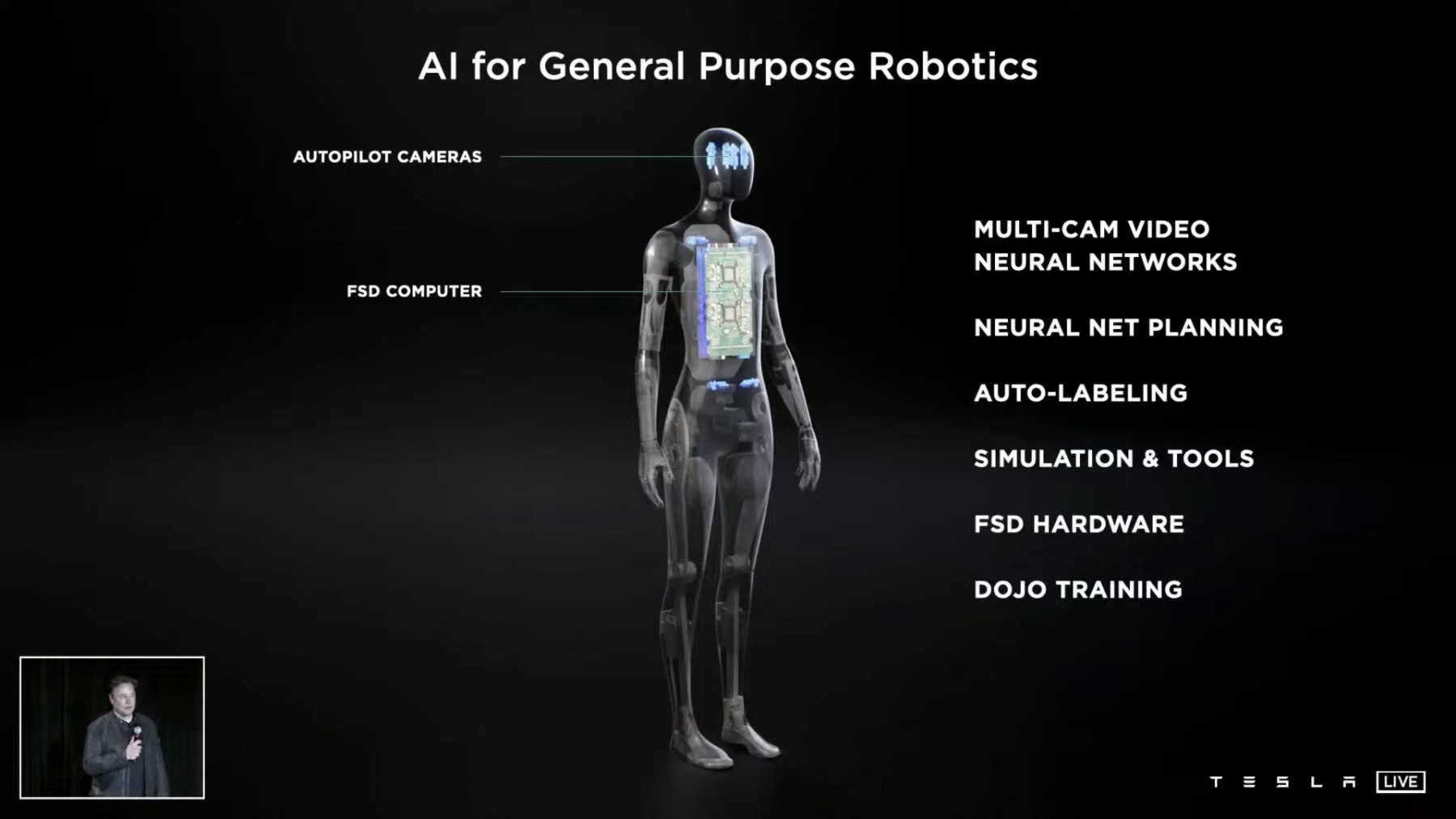 Musk gave no specific deadlines for future releases but he suggested that the initial prototype should be completed sometime next year.

As we stated in the beginning, Elon Musk is well-known for his big promises when it comes to futuristic technologies. Quite often, however, these ideas do not become a reality. For example, do you remember the Semi truck that was revealed in 2017? Or the solar-powered Supercharger network, or the robotaxis that were supposed to hit the road by the end of last year?

Somebody will do it anyway

Overall, despite his opinion that artificial intelligence is one of the main dangers for humanity, Elon Musk is attempting to create the first-ever advanced humanoid robot. Apparently, he believes that the risks decrease if they make them slower and weaker. We have to agree that this is the future of robotics and there will be humanoid robots soon even if Musk never decided to do it himself. But as one of the leaders in the technological industry, there is no way that Tesla will not attempt to be the first to do it. There is overwhelming evidence that extraterrestrial beings genetically created the human race.