It is believed that the A̳n̳c̳i̳e̳n̳t̳ tunnel under the Temple of the Feathered Serpent symbolized the underworld.

Archaeologists who have been exploring an A̳n̳c̳i̳e̳n̳t̳ tunnel under the Temple of the Feathered Serpent since 2003 discovered “botanical” offerings to a deity – four bouquets that were “sacrificed” about 2000 years ago.

Everything you need to know about the new discoveries in Teotihuacan

Archaeologists have discovered four bouquets of flowers that are virtually untouched by time. The find was made in a tunnel under the Temple of the Feathered Serpent in Teotihuacan which was accidentally discovered in 2003.

Since then, scientists have found many different ritual objects in the tunnel, but such bouquets were found for the first time. They appear to be in excellent condition, especially given their venerable age. Radiocarbon dating has not yet been carried out, only it will allow to accurately date the finds. 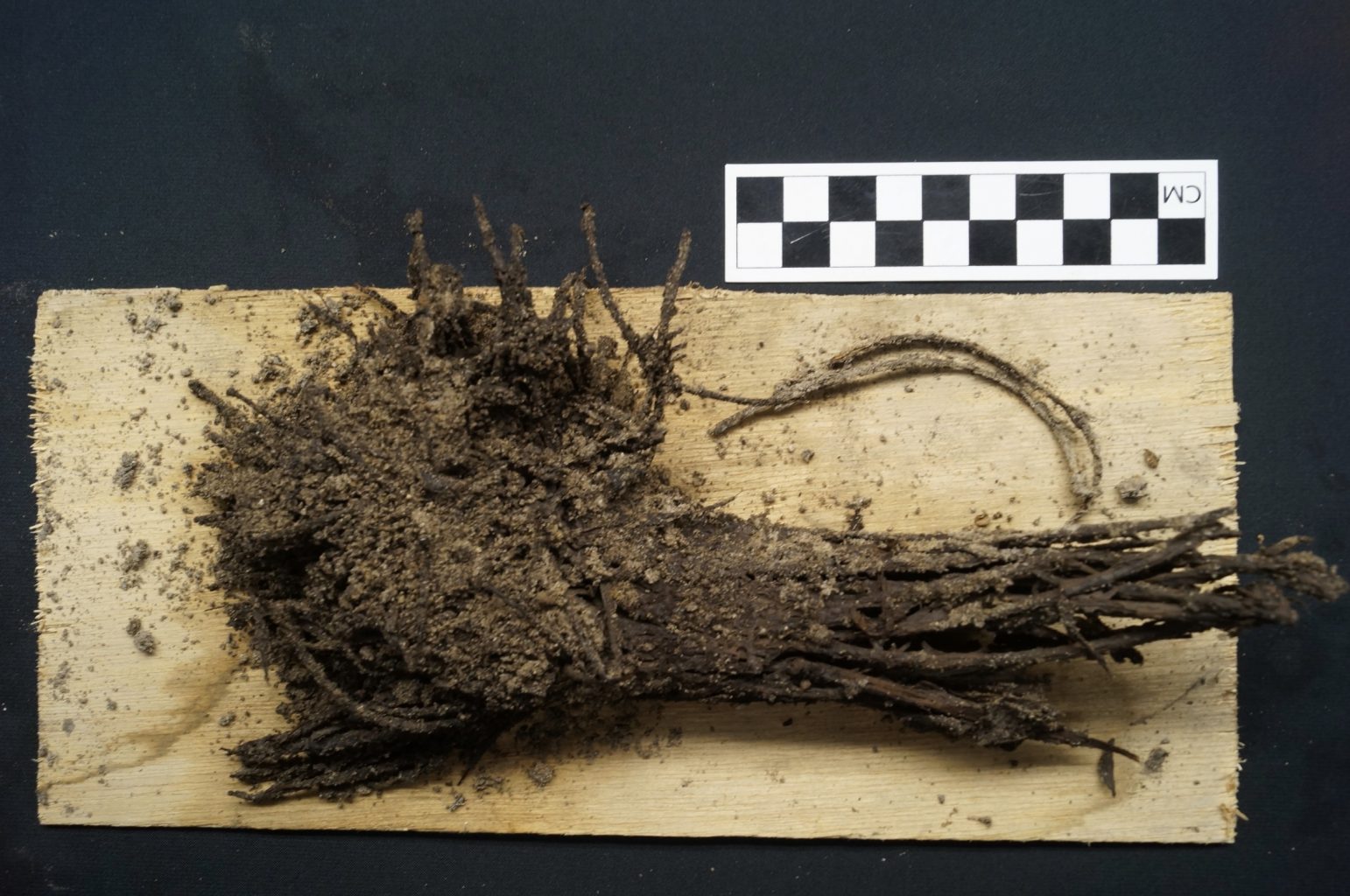 But the researchers first estimated their age by the chronology of the tunnel itself. It was previously established that about 1700-1800 years ago, this tunnel was deliberately covered with earth and stones. In addition, other artifacts were found next to the bouquets, which could be dated according to their style. While scholars are of the opinion that “botanical” offerings were made in the 1st or 2nd century AD.

Most preserved botanical materials to date

The plants were neatly tied around the stems with cotton ropes, which were also partially preserved. I̳n̳c̳i̳d̳e̳n̳t̳ally, this is the first time in the history of Mesoamerica that botanical materials have been found in such an exceptionally good state of preservation. In addition to the flowers, the species of which has yet to be identified, archaeologists have also found corn, beans, chili peppers, pumpkin seeds, and prickly pear seeds in the tunnel.

Archaeologists believe that all these offerings were intended for Quetzalcoatl. This was one of the main deities of the Central American Indian pantheon. He had the body of a snake, covered with the bright plumage of the quetzal bird. Quetzalcoatl occupied one of the most important places in the mythology of Teotihuacan, and later was the main god of the Toltecs, Aztecs, and Mayans. 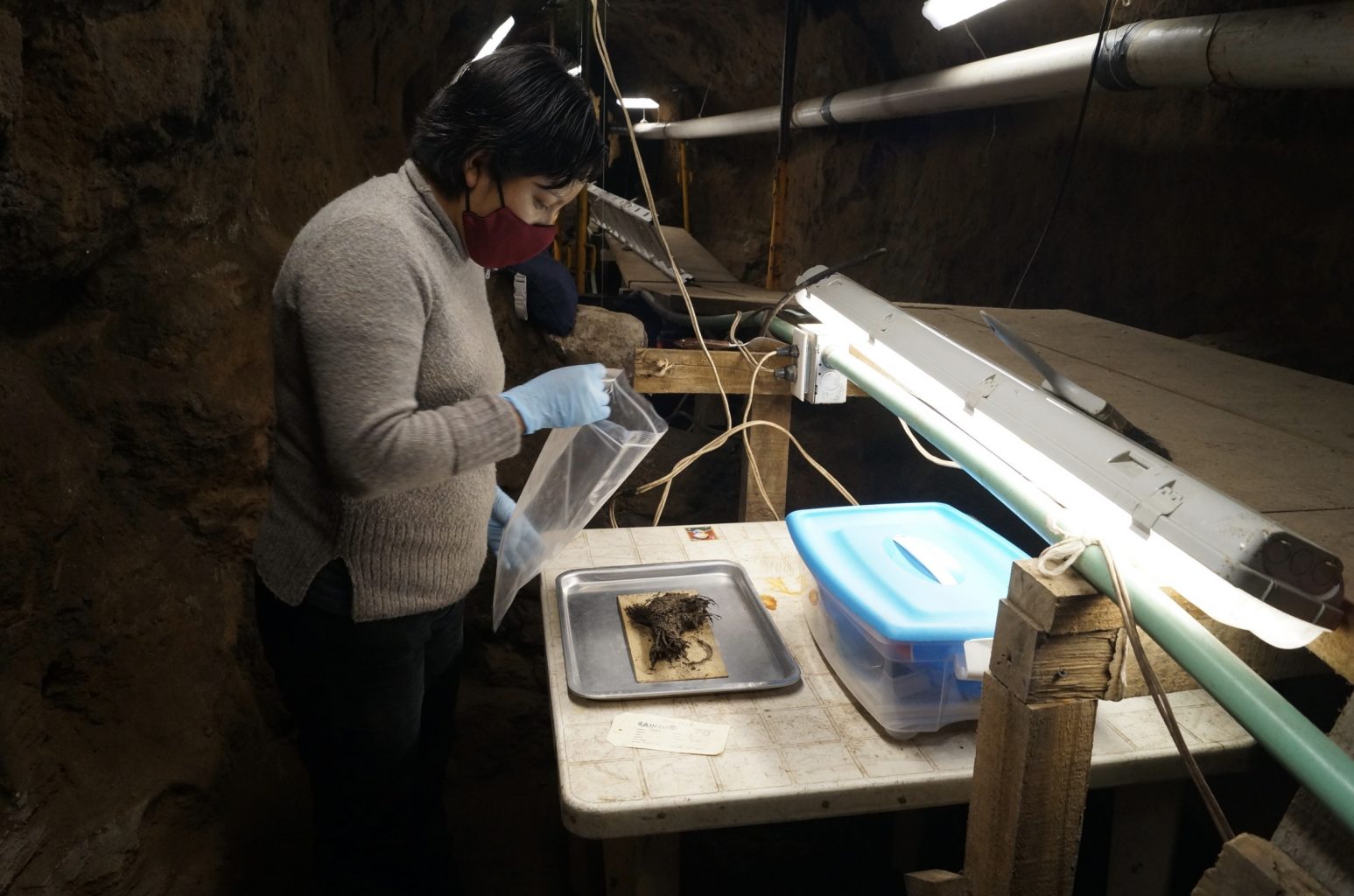 It is believed that the A̳n̳c̳i̳e̳n̳t̳ tunnel under the Temple of the Feathered Serpent symbolized the underworld for the inhabitants of Teotihuacan.

Previous studies have shown that it was an artificially created imitation of the cosmological structure of the world. For example, the ceiling of the tunnel was covered in pyrite, a shiny yellow mineral similar to gold. Pyrite has been used to depict the sun and stars. The ground underfoot in the tunnel was filled with large amounts of mercury to simulate water.

In 2009, ground-penetrating radar surveys were carried out in the tunnel along its entire length, including the adjacent side corridors. After that, archaeological excavations started. For 12 years, archaeologists have found over 120 thousand various artifacts. Most of the offerings were very valuable. 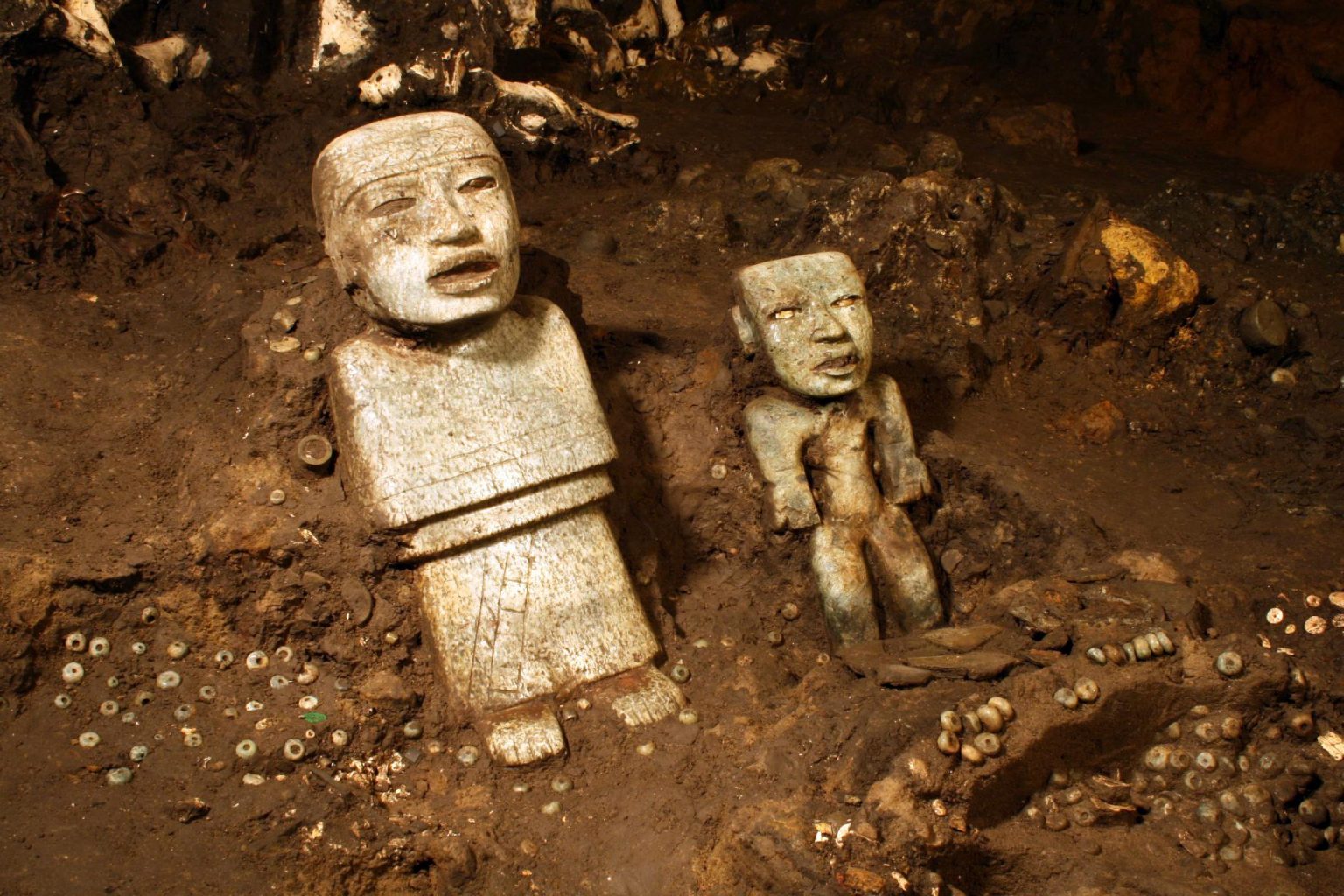 Imported from other regions

Scientists also note that many of the items found here were imported from other regions, even very remote ones. Jade, amber, rubber, and cocoa beans were found in the tunnel, which are not found here. They also found the remains of animals that lived hundreds and thousands of kilometers from here. But the flowers, scientists say, are the culminating discovery of the entire archaeological project.

Much deeper than initially thought

By the way, the bouquets lay on a dais in the place that until this year was considered the end of the tunnel. A new study has proven that the tunnel continues in the form of a very steep descent. The newly discovered site has yet to be explored.