Similar structures have previously been found in the arms of other spiral galaxies but not in the Milky Way.

Scientists at NASA’s Jet Propulsion Laboratory have discovered a previously unknown giant structure in one of the spiral arms of our Milky Way galaxy. Its orientation is strikingly different from that of the arm itself, and its length is about 3,000 light-years, making it one of the largest structures in near space.

Scientists reported that the discovered mysterious structure on the spiral arm of the Milky Way looks like a splinter sticking out of it. This is the first large structure whose orientation differs sharply from the orientation of the sleeve itself.

To get more detailed data about it, astronomers used the array of observations from the Spitzer space telescope. A year and a half ago, this apparatus was “retired”, but it managed to provide scientists with useful information. 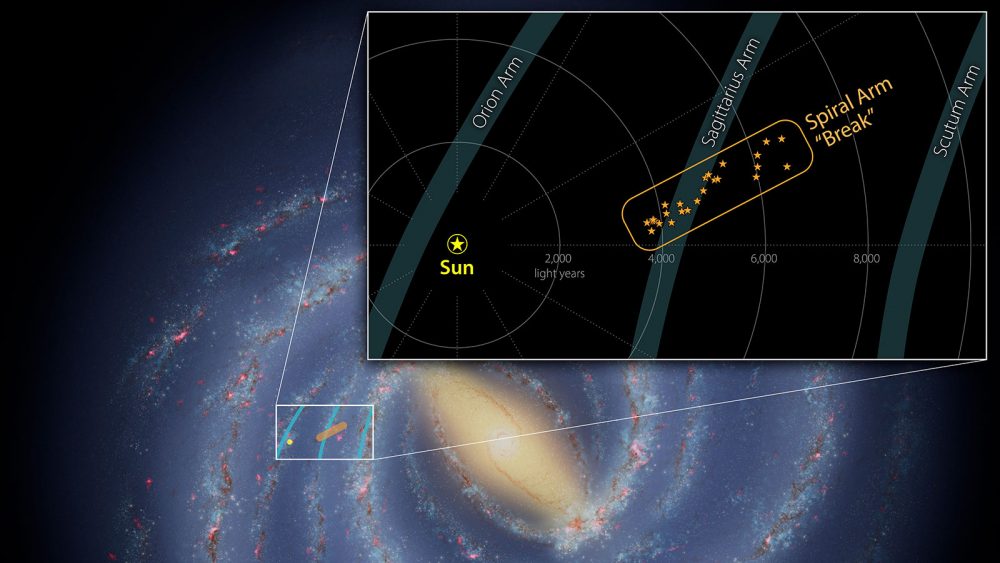 By the way, Spitzer was designed specifically to search for newborn stars in gas and dust nebulae. It caught infrared light that penetrated from the stars through these clouds. This characteristic made it possible to capture the light of the stars that make up the giant structure.

The researchers also created a three-dimensional image of the section of the spiral arm that interested them. To do this, they used the most recent datasheet from the ESA (European Space Agency) mission. For example, the Gaia apparatus can accurately measure distances to stars.

Combining all of the findings, the scientists discovered that the long, thin structure associated with the so-called Sagittarius arm in the Milky Way is composed of young stars. It was also found that these stars move at almost the same speed and in the same direction.

Similar structures have previously been found in the arms of other spiral galaxies. Sometimes they are called “spurs” and “feathers”. This is the first time such a structure has been discovered in the Milky Way. The most difficult thing for researchers was measuring distances.

By the way, it turned out that the first attempts to measure the distance to stars from the giant structure were made by a group of astronomers back in the 1950s. But then scientists believed that they were studying ordinary nebulae. 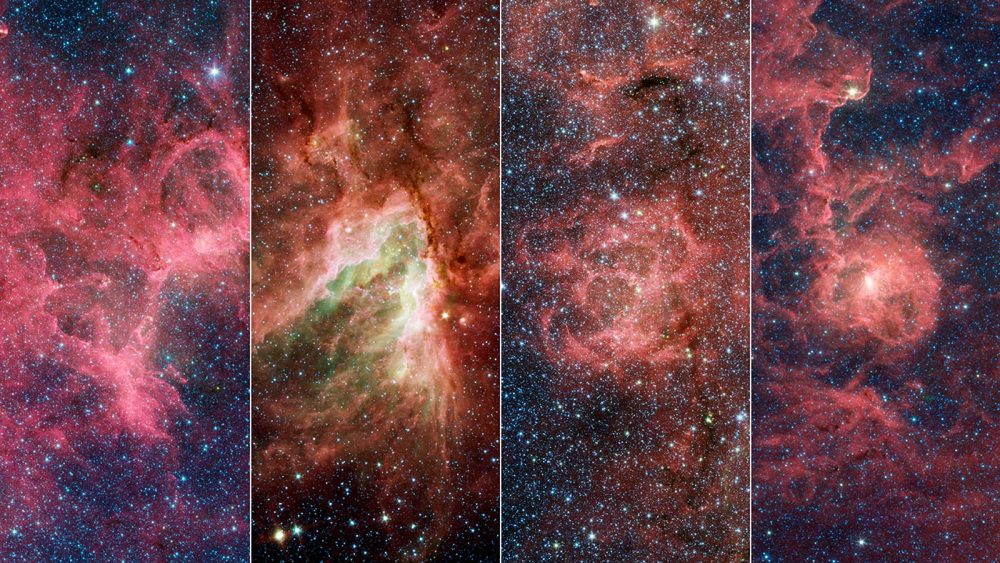 No one imagined that four nebulae of the Milky Way at once are in reality combined into one giant structure.

Combining data from Gaia and Spitzer resulted in a detailed 3D map. It helped scientists to calculate that the mysterious structure is about 3,000 light-years long. At the same time, quite a lot of smaller complex structures were revealed inside the structure, which scientists did not notice before.

We add that astronomers still do not fully understand what mechanism creates spiral arms in galaxies. Perhaps a further study of the Milky Way will solve this mystery.