China gov says its caused by fishing boats, but thats a lie, otherwise we would see red skies 365 days a years. There is a mass lockdown in that area for the last few weeks, possible cure in rocket spread to the masses? But my theory is its sun ejection, since magnetic dust has been found on cars in the area. One photo does show a glowing object in the sky over the city, so a UFO can’t be ruled out. The object has a glow of its own. It may even be a meteorite that exploded higher up in the atmosphere, spreading its magnetic reflective metallic dust across the sky. Dust that was seen on cars and said to be magnetic. Most meteorites are magnetic to some degree. 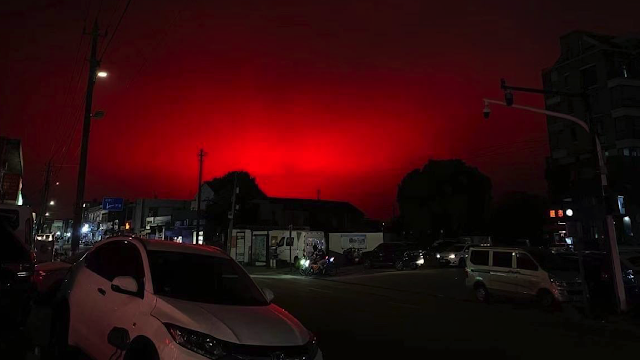 Strangely enough, I have a friend from Taiwan in shanghai right now.  She said the entire city is under covid lock down and its hard to get any fresh food. The food they get is old and moldy. Maybe China is using a rocket explosion full of some experimental covid cure to hit the entire area? Just a thought…so many possibilities, we must consider them all.
Post Views: 33,004