Experts will conduct data analysis to understand the cause of the failure in the next few days.

The Perseverance rover successfully drilled its first hole in the Martian surface, but subsequent analysis showed that the sampling tube did not grab any of the intended Martian soil. NASA engineers speculate that the reason was different behavior of the soil during drilling than predicted by the calculations, and not a malfunction in the sampling system, according to a press release from the space agency.

Perseverance is NASA’s newest rover, which arrived on the planet in February 2021. It is based on the same platform as Curiosity, which arrived on Mars in 2012, but differs slightly because the engineers took into account the experience of the previous device in the design, for example, improved the design of the wheels.

But the Perseverance mission is quite different from Curiosity. Firstly, the rover arrived on Mars not alone, but together with the first e̳x̳t̳r̳a̳t̳e̳r̳r̳e̳s̳t̳r̳i̳a̳l̳ helicopter “Ingenuity”. It made its first flight in April and has taken off eleven more times since then.

More importantly, Perseverance is part of NASA’s larger plan to deliver the first samples of Martian soil to Earth.

“Perseverance” is responsible for collecting samples from different points of the Jezero crater, or rather from its part, in which the delta of an A̳n̳c̳i̳e̳n̳t̳ river. When the rover collects samples (in total, it has 43 sampling tubes), it will leave them in one of the points of the crater, and then, if resources permit, will continue research.

At the end of the 2020s, a descent vehicle with a rocket and a small rover will fly to Mars, which will take the samples prepared for it, load them into the rocket, after which it will send the soil to Earth. 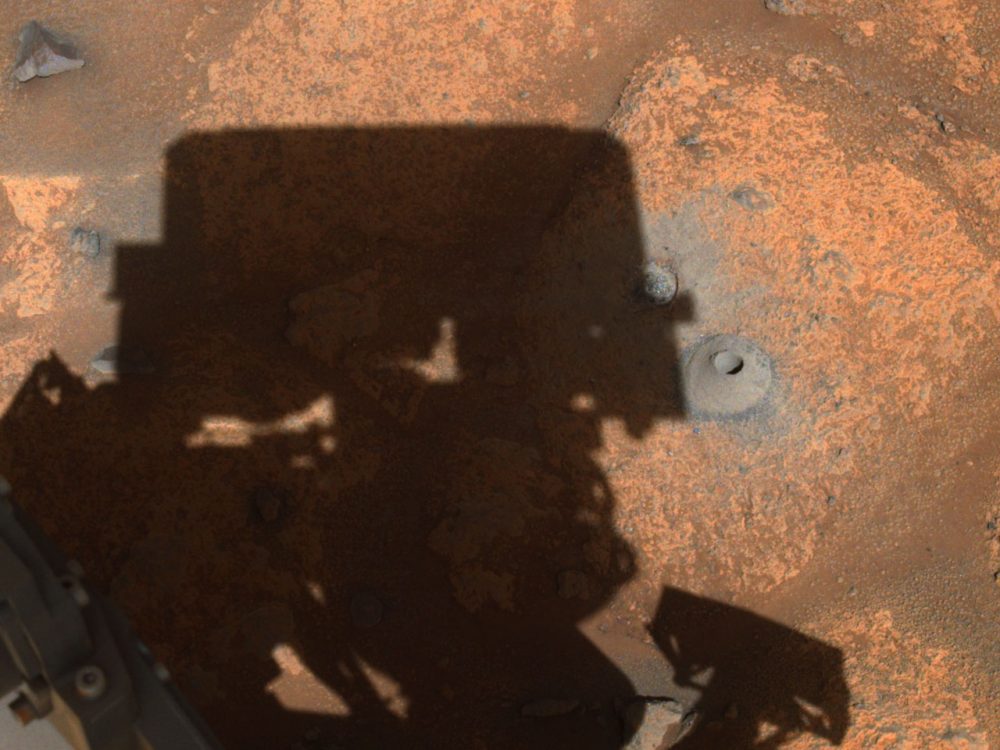 Since the soil will need to be transferred to another rover, Perseverance collects them into sealed sampling tubes. For this, an empty open-ended tube is placed inside the drill bit.

During the operation, the drill removes the Martian soil around it and sinks, and at the same time, the untouched central part of the soil enters the pipe.

Once collected, the arm then transfers the tube to the carousel, from which it is picked up by another arm and sent first to the instruments to capture and estimate the volume taken, and then to the storage system.

On August 6, the rover successfully drilled the first well on the surface, as can be judged by the distant soil around it. However, after the sampling tube was inserted into the volumetric assessment instrument, it was found to be empty.

NASA notes that experts will conduct data analysis to understand the cause of the failure in the next few days. At the same time, the preliminary concluded that most likely the reason was not the incorrect operation of the sampling system, but the behavior of the Martian soil, which differs from the intended one.