A new project has been launched by archaeologists and historians from the University of Nottingham to make the city’s medieval underground cave network the focus of a regeneration plan for the city. The City of Caves Project that plans to highlight the city’s history as part of the regeneration of the Broad Marsh area is one of the biggest city center redevelopment projects in Europe, according to a press release by the university .

The project, funded by the Arts and Humanities Research Council (AHRC), has archaeologists and experts in urban history and landscape planning working together with the group of partners leading the multi-million-pound redevelopment of the 20-acre (8 hectare) Broad Marsh area, including the old 1970s shopping center, reports West Bridgford Wire . 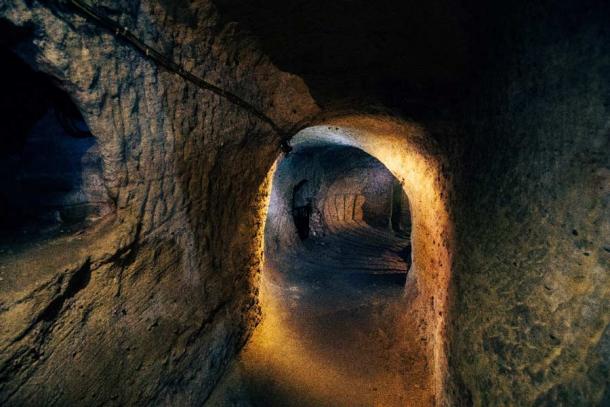 History and Archaeology “Front and Center” of the Regeneration

According to the BBC, the team of archaeologists and historians plans to submit a report on how history and archaeology can be put “front and center” of the regeneration, contributing towards broader plans for redevelopment of the city. These plans include new 10-year vision for the area, designed by Heatherwick Studio, to create a biodiverse ‘green heart’ of the city incorporating some of the structural frame of the old Broad Marsh center. A tourist trail from Nottingham Castle to a new entrance to the city’s cave network is planned.

The City of Caves Project aims to make Nottingham’s famous underground caves a leading feature of the new development and to showcase Broad Marsh as an example of heritage-led development. Quoting Dr Chris King of the University of Nottingham department of classics and archaeology ITV News said, “We’re very excited to start this project and hope our input in the regeneration will put Nottingham firmly on the map as a center of historical interest like York or Chester. The caves will be a major focus of our work as we will be advising the developers on new ways to present the Broad Marsh’s history to residents and visitors. 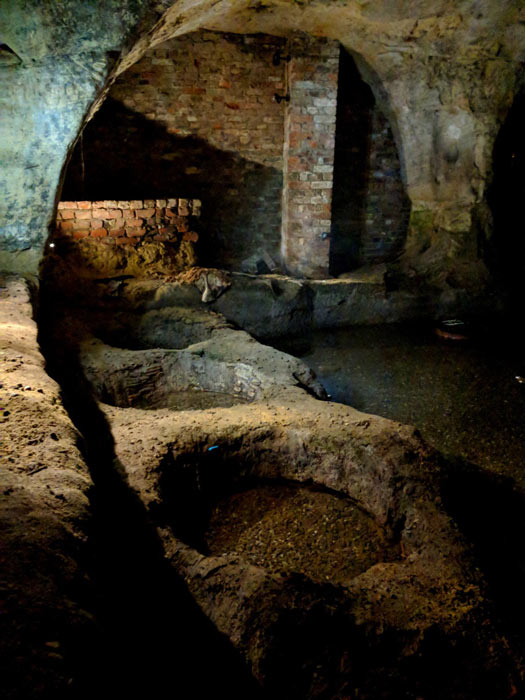 “We also want to work with community groups and societies, such as the Nottingham Historical and Archaeological Society, Nottingham Civic Society and The Thoroton Society, to map local knowledge of the caves and the city’s street system before the 1970s Broadmarsh center was built. At the moment the knowledge and archive resources are scattered, and we want to bring it all together to embed this fascinating aspect of the city into the regenerated area.”

Nottingham and its Extraordinary Caves

Nottingham had modest beginnings as an Anglo-Saxon settlement that was captured by the Danish Vikings in 867. It later became one of the five Danelaw boroughs along with Derby, Leicester, Lincoln and Stamford. Nottingham Castle was built in the 11th century once the town became an important royal outpost. 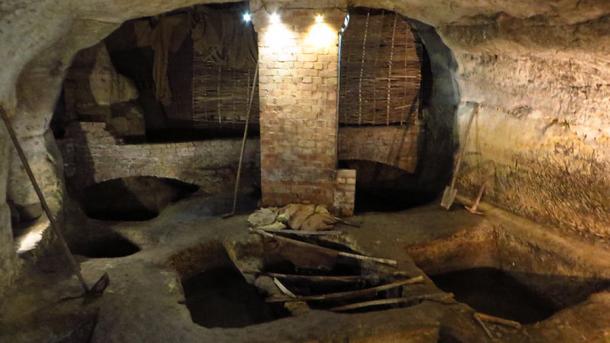 Nottingham is believed to have 870 underground caves carved into the soft sandstone bedrock that were used as dwellings, workplaces and storage space for centuries. Dating back to at least medieval times, some are still in commercial and community use today. A bustling waterside area, Broad Marsh housed a Franciscan priory and a cemetery in medieval times. However, it later degenerated into a slum. The slum was later cleared to make way for the Broad Marsh shopping center that in turn was partially demolished as the ongoing development work on the southern city center began.

The BBC reports that a spokesperson for the National Justice Museum, which is currently in charge of the caves tourism, said, “We are committed to ensuring that we are able to uncover the amazing history of the caves and use this to offer a great experience for visitors to our city, not just to the caves we open to the public, but giving them the information to set them in context with the extensive network of caves which sits below ground across the city.”

The City of Caves Project team of experts is exploring the possibilities of a new immersive VR caves experience using historical records and maps, archaeological data and photo archives and existing 3D laser scans of the caves. Gaps in historical and geographical knowledge of the area that need to be plugged will be identified and the project is expected to submit its report by January 2023.

The City of Caves Project is an interesting experiment that integrates modern development of a city with its centuries-old heritage. It is expected to advise developers on new ways to present the history of the area and to ensure that the development is in sync with the heritage of the city. It is one of nine cultural regeneration plans announced by the AHRC. In South Africa, a ufologist discovered a huge UFO Former CIA Pilot John Lear: There are Millions of Aliens Living on the Moon