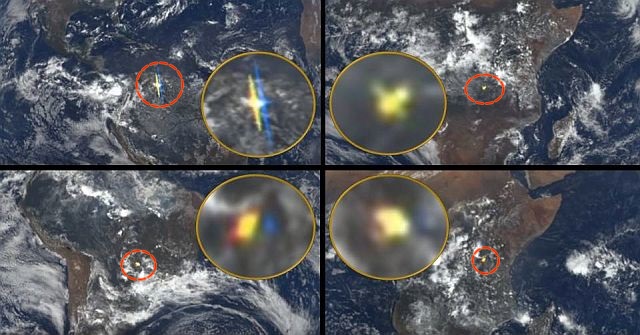 Flashed of light captured by the Deep Space Climate Observatory.

In the 1990s astronomer Carl Sagan already reported this bizarre phenomenon which he noticed in images from the Galileo spacecraft.

These flashes of light not only appeared over oceans but over land as well and while scientists at first suggested that the lights seen over the ocean may be the reflection of sunlight off a part of the ocean the same couldn’t be said for the flashes seen over land.

After studying this phenomenon the scientists concluded that the source of the flashes is not on Earth’s surface but cirrus clouds up to five to eight kilometers high in the atmosphere where these flashes were seen whereby the cause of the flashes of light are most likely solar reflection off of horizontally ice particles, reports dailymail.

These kind of flashes of light are not only captured by the Deep Space Climate Observatory, parked in space a million miles from Earth but it seems the camera onboard the International Space Station which orbit the Earth at an altitude of between 330 and 435 km apparently also has the ability to capture the strange flashes of light above Earth. 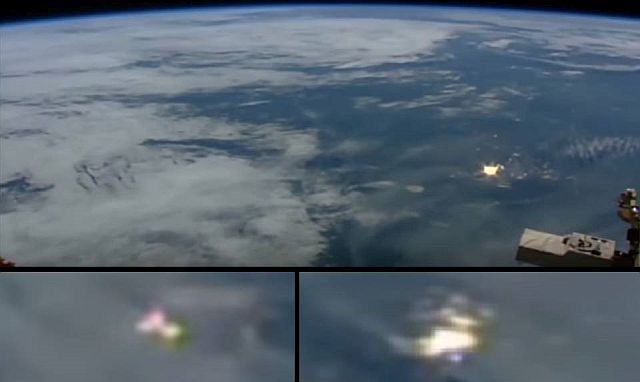 Streetcap1, who caught similar flashes of light on the ISS live feed on May 10, 2017, said: “What are these weird light ripple effect above Earth.”

Solar reflection off of horizontally ice particles again or is it a phenomenon that cannot be explained?