This U̳F̳O̳ video was uploaded to YouTube by darkbrain (all one word) but for some reason it has 252 dislikes and only 310 likes? I honestly don’t know why it’s got so many dislikes as this is a real NASA video caught on the live feed, or is it? 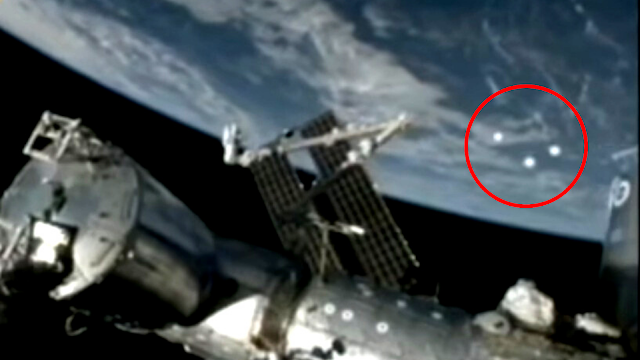 I need your help if your willing to help? So, I figured that there’s definitely something amiss here or something else that I don’t know about? If anyone has any ideas or suggestions as to why this has so many dislikes then please, I’d love to know?

I first saw this U̳F̳O̳ video just this morning, I’ve been trying to figure it out but the only thing I can think of as to why people don’t seem to like it is there’s one scene which is the first where we see these 3 U̳F̳O̳s coming from behind the Earth and then towards the ISS, because they go from small to larger looking U̳F̳O̳ Orbs, it could be this “if anything” as this is the only thing that looks off about the U̳F̳O̳s? 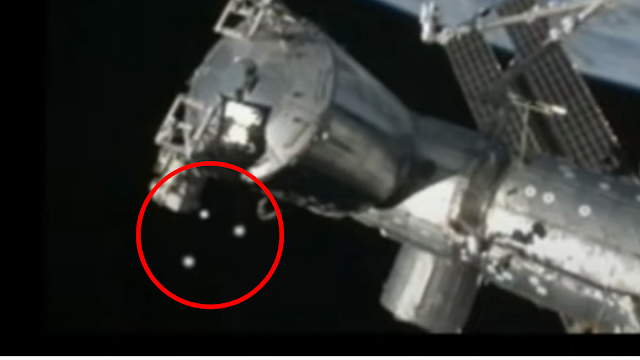 Looking at the vanishing point or the starting point of the U̳F̳O̳s, to see these 3 U̳F̳O̳s start to get larger and nearer to the ISS, I’ll admit that this was the only point of the whole U̳F̳O̳ video that I have a problem with accepting.

But as for the rest of this U̳F̳O̳ video, everything looks spot on, what do you say… The cameras that catch this triple U̳F̳O̳, triangle shape formation of Orbs – all match up correctly. So, what the heck am I missing from this picture? What are people seeing that I’m not? Why has this got so many dislikes? Because I usually have a good sense of what is going on in these U̳F̳O̳ videos, that’s why I’m going with the first part of the video been a bit suspect!

But the rest of it looks pretty genuine to me, what’s your overall thought’s on this one guys, I’d love to get your thought’s and opinions if you don’t mind on this one. If we can get to the bottom of this, if we can put it to rest, let’s do so.

We can always update this post to reflect our findings and as that’s my main goal, to suss these U̳F̳O̳s out one way or the other, we can all do it together and use the comments to reflect our collective collaboration and use the comments to make it right. C’mon, that’s pretty cool, using our collective effort to help U̳F̳O̳ disclosure with a large ranging skill set like forensics, graphics and computer science, video editing skills, and many, many armchair sleuthing. We can all bring something to the table.

I’ve written many ISS U̳F̳O̳ post’s in the past, altogether they add up to a definite conspiracy that is going on at the International Space Station and that is something you can rely on. All you need to do to see it for yourself is type a few keywords into Google and believe me, it’s a very long list in both results and video results. But if you look closely, it’s mainly U̳F̳O̳ Orbs which makes up a large bulk if these U̳F̳O̳s caught on the ISS live feed which NASA always blooming turn off after giving us a “wee glimpse” of it or them! It’s almost cruel what they do, it’s like dangling a piece of ham in front of a cat and not giving it to the poor cat, obviously metaphorically the cat is us the public and the nice piece of ham is the U̳F̳O̳.

Please share your thought’s and opinions also any ideas that you might have about this amazing ISS U̳F̳O̳ sighting. I’d also appreciate it if you could share this post with someone who you think would appreciate it, cheers. The Starchild Skull – A Discovery Of Alien Ancestors